We can all agree that having a website hacked or taken down or off-line is the most frustrating and annoying damaging thing that could happen to you online. Period. 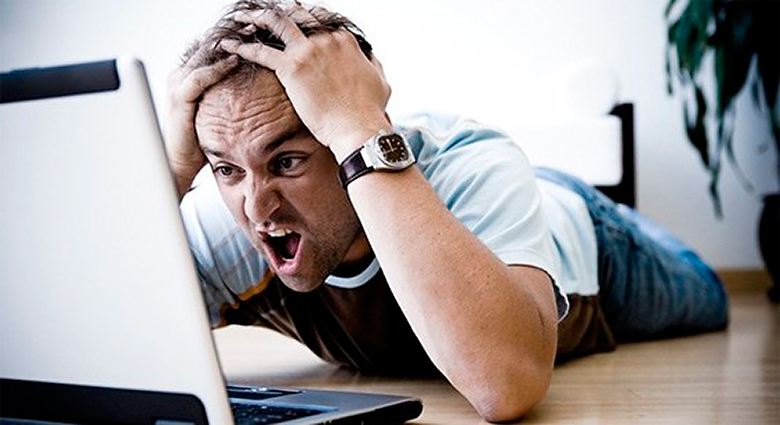 Note: Although Ultranoodle Technologies started off as an SEO and Social Media Marketing firm, due to continuous problems we had to, out of necessity .. start our own hosting platform and now we are opening it up to the public.

Nobody deserves to have a website on a server where the possibility of becoming compromised or hacked is by and large not only possible but highly likely.

In the over-saturated web hosting space, there doesn’t seem to be much room for the little guys. With web giants like godaddy and bluehost dominating the space with what they call “Ultra-Low Prices” that it becomes almost unmatchable by most up and comers to compete.

In this article we’re going to have a really in-depth look at their pricing and see if they are really as low as they claim.

To cut costs,  hosting companies will either contract out their support to overseas customer support centres In places like India and the Philippines.. which in itself sounds like a good idea until that company puts someone on shift that may not speak proper english. We can agree communication can sometimes be difficult if the operator has a thick accent.. and we know that they will certainly not care as much for customers as the represented companies own staff

Props to the smaller, Big Guys

We also have a few better known, but still large companies that try hard to compete in the space, offering decent, local support models, however with the costs involved in maintaining the support locally they seem to alway be short-staffed an wait times are usually lengthy.

Although we have had some experiences with good support coming out of the giants, there is always an ongoing problem of hacking and attack attempts, server downtime, not to mention cumbersome user panels. We feel them when it comes to trying to get all of the features into one area .. especially if they are using extremely out of date systems and software.

It is very common for website owners to find they are a victim of a website hack first, then try to begin the process of getting everything back to normal only to find out that these giants, with all their low prices and affordable services, end up charging exuberant amounts for simple services that should have been included in the hosting services they provide.

These simple services should include not just one but several copies of website backups, that should be taken regularly. In a sense, the lack of effort on the hosting companies part to both backup and offer restore services for free has lead the way for several businesses to emerge. There are now several businesses that will backup your website via FTP or CMS transfer, but these third party websites seem to only encourage the hosting giants to cut services even further.

So if you take the prices of these giants and add in the cost of the extra features that come standard with our services, it becomes quite apparent that Ultranoodle Technologies charge a very competitive rate with servers that never get hacked or compromised.

As i was researching this article, i noticed that if you sign up with GoDaddy for five years, they claim you can pay as little as two dollars a month. But when it came down to actually paying for Web hosting, the prices seem to be quite a bit higher.

This is a comparison for a WordPress Optimized Hosting account from the big three hosting companies.

OH .. and I’m taking screenshots here .. this is not me trying to “paint things in a poor light” if you will .. this is straight up. 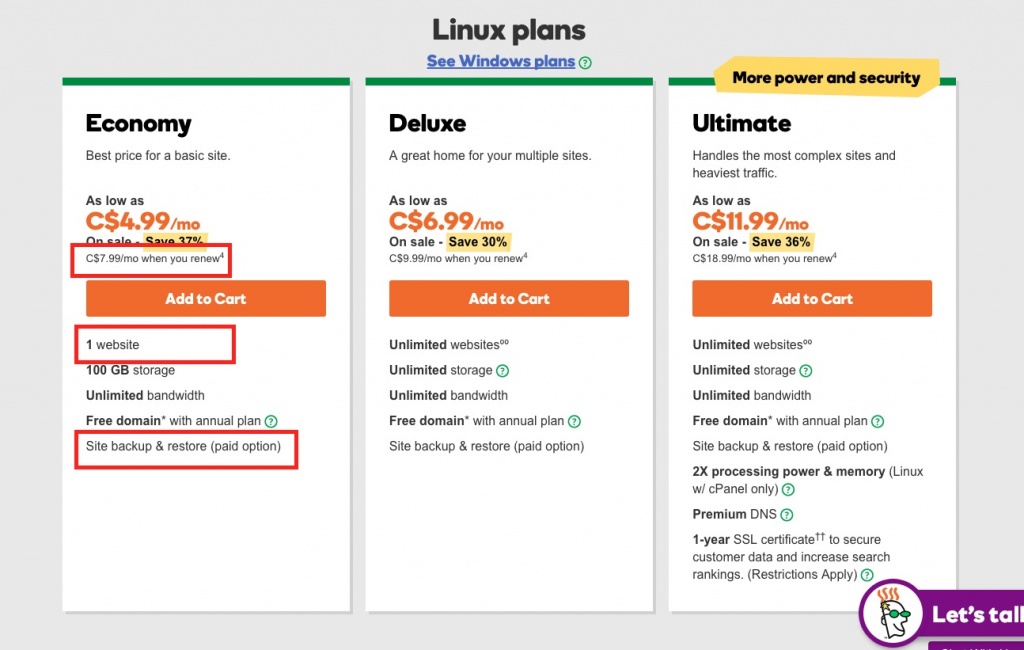 By adding an SSL certificate at $99 a year plus back up storage at approximately $50 a year that two dollars becomes about $16 per month .. again that’s for five years.. paying upfront. If you sign up for two or three years then you’re going to be paying upwards of $20 a month.

NOTE: If you google “Godaddy Sucks” . you will realize what i mean when i say,. Big is not always Better

If you sign up with hostgator a very similar pricing structure follows.. And they have the most out of date server software on the market where a server at hostgator can, and is quite often compromised.

Can somebody tell me what’s with these Giants only offering a single install?? Only one site for $6 – $8 per month,. plus SSL, Plus Backups?

Hostgator charges about $20 to restore an account with a backup that may or may not have been done for a few weeks, or even a month.

Blue host, who promotes themselves as a safe wordpress optimized hosting environment carries approximately the 5 times price as the other two starting at about $20/mo., and again .. only 1 website.. and is also prone to hacking and exploiting with out-of-date WordPress plug-ins and a lack of mod-security or effective firewalls 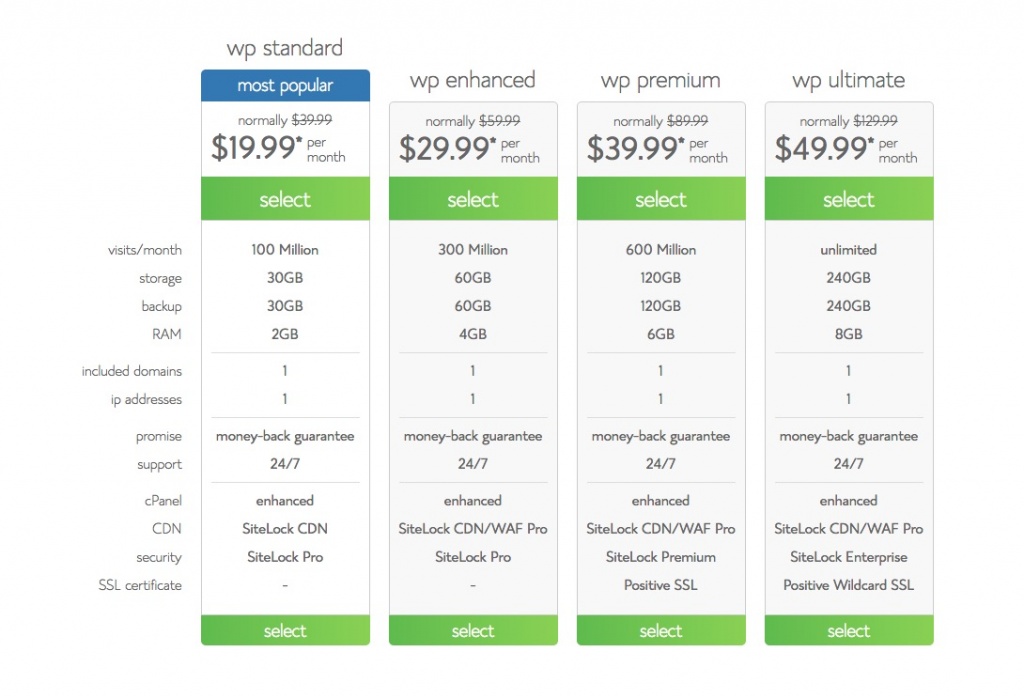 But at least bluehost includes backups in their monthly plan and don’t charge to restore.

If you sign up with Ultranoodle technologies you are placed on a secure server, the websites will never be compromised,. And in the unlikely event that a website is ever compromised, there are several backups that are available to restore through your cPanel. Add to that a free SSL certificate for an HTTPS connection on a PCI compliant platform and Antimalware Scanning daily with Mod-Security and a CSF Firewall in place.

I guess the old saying is true,. you get what you pay for.